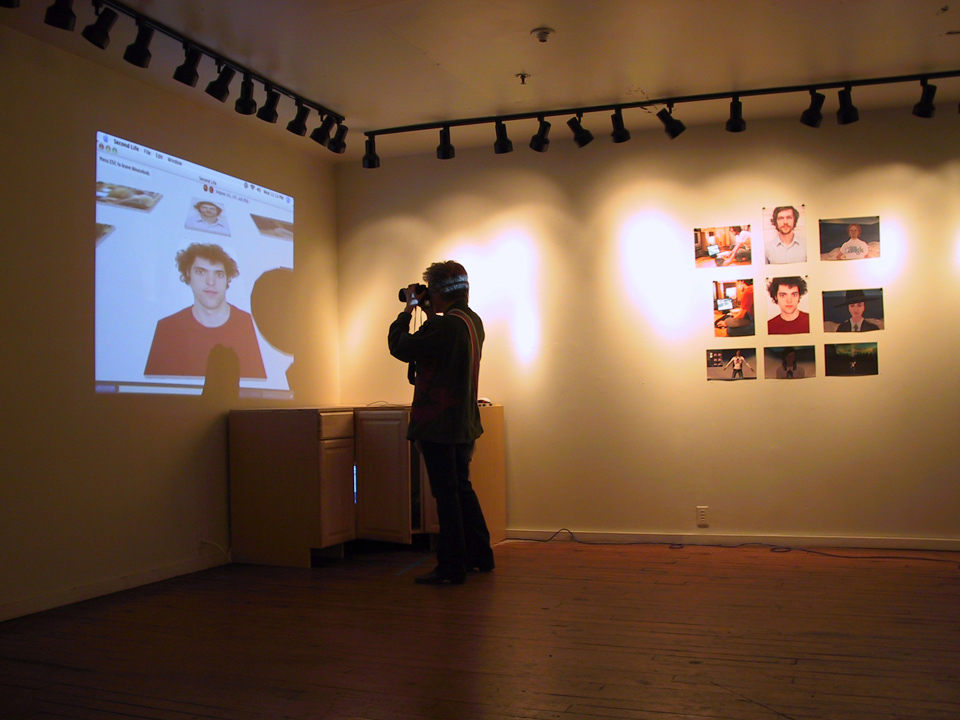 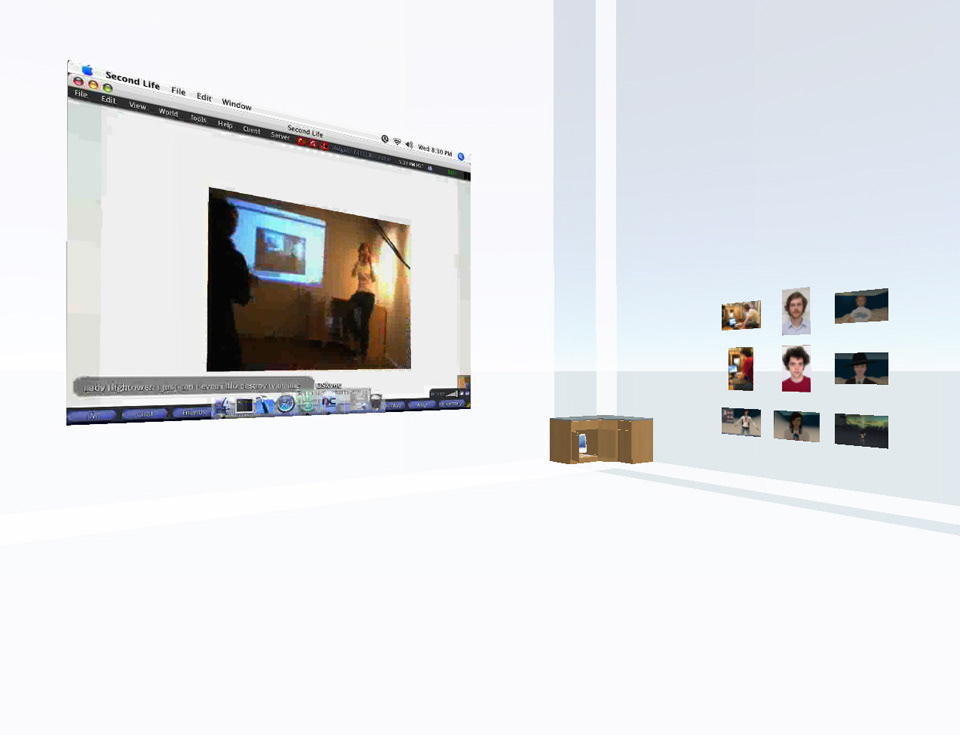 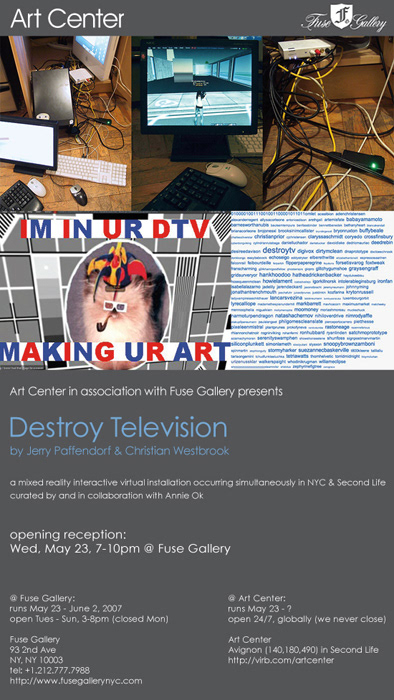 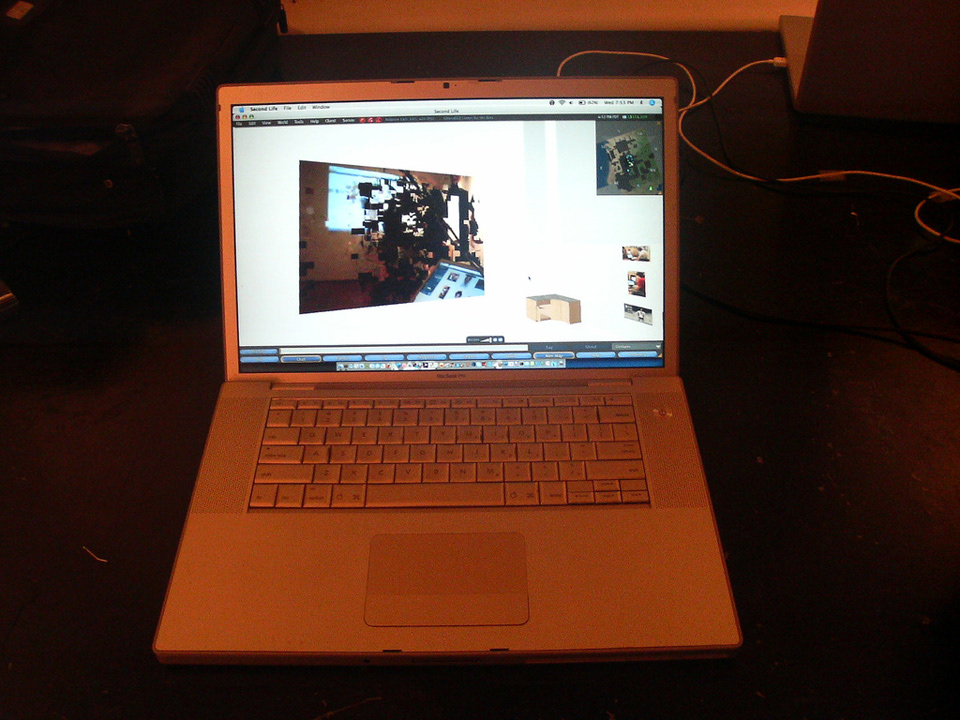 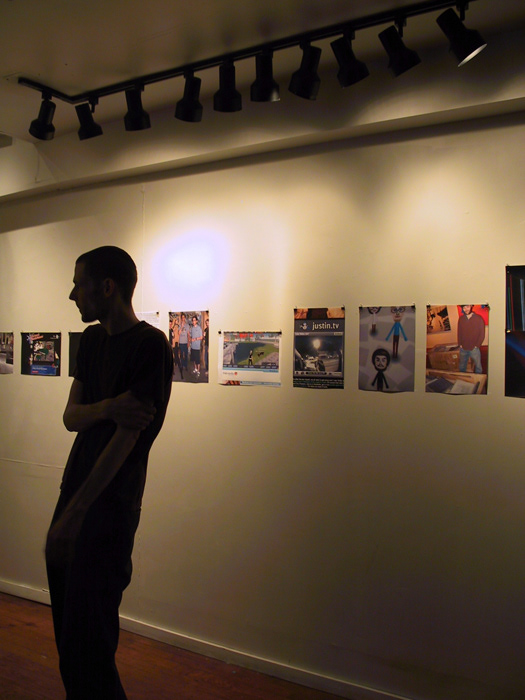 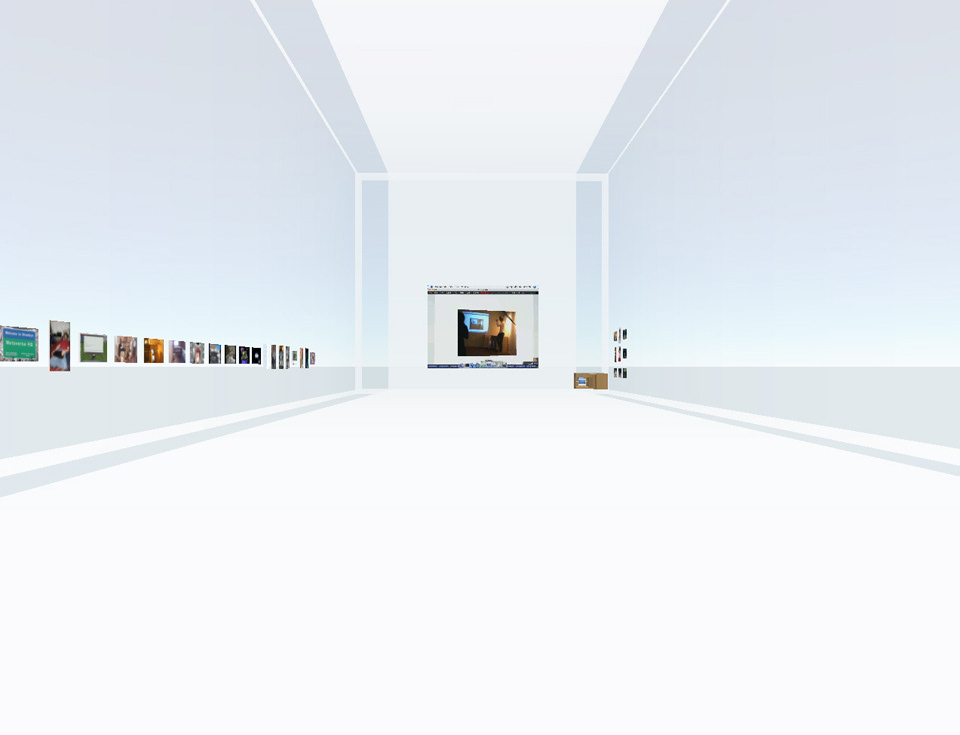 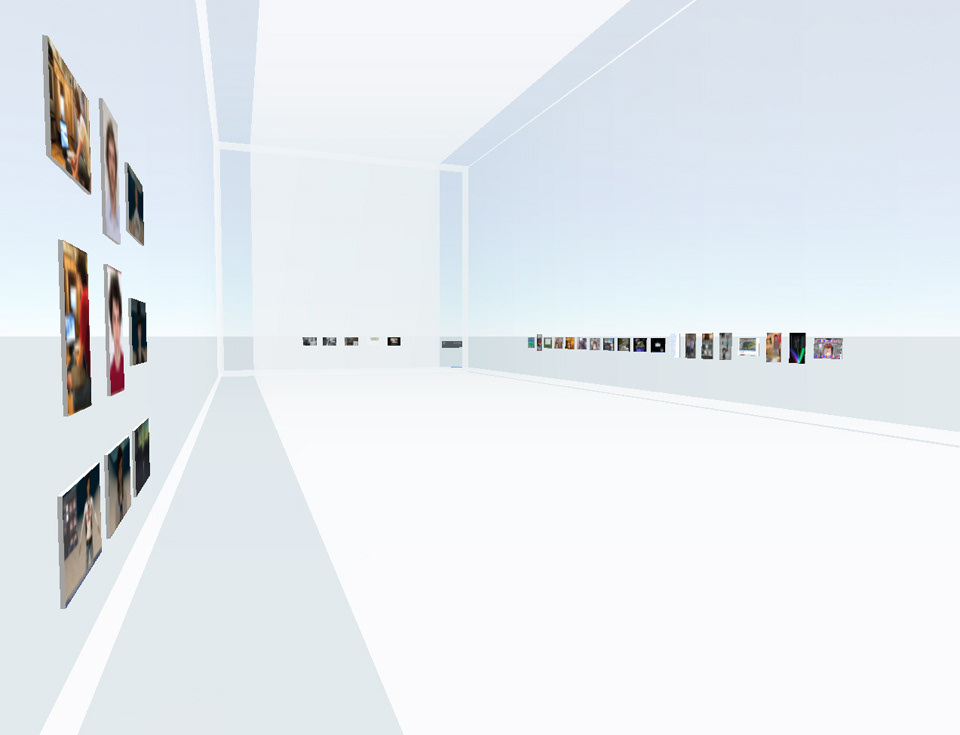 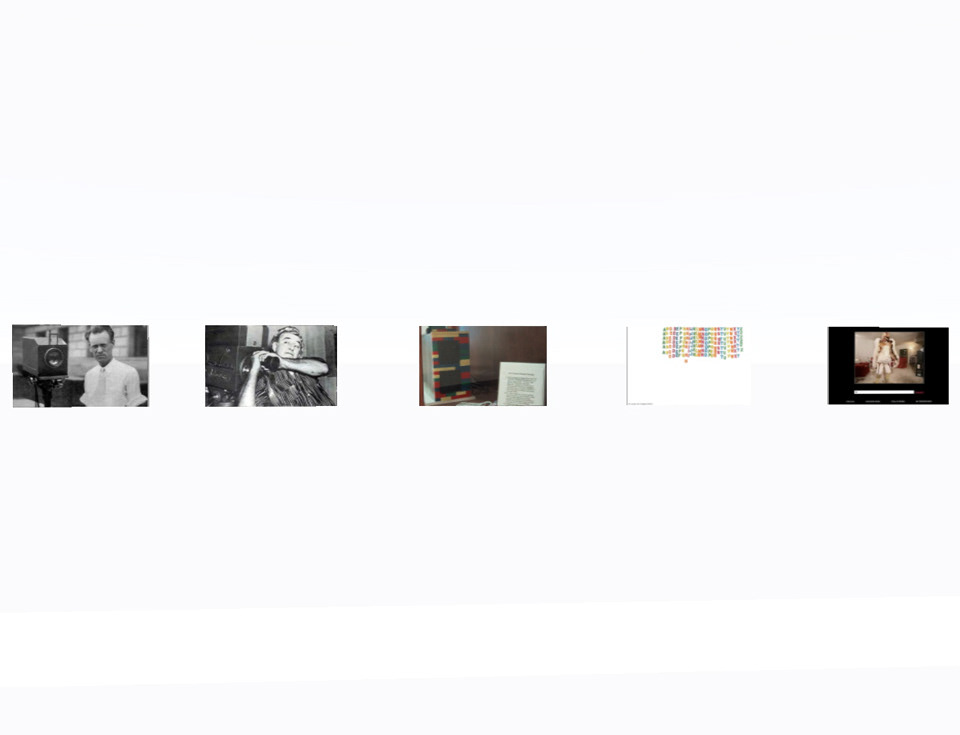 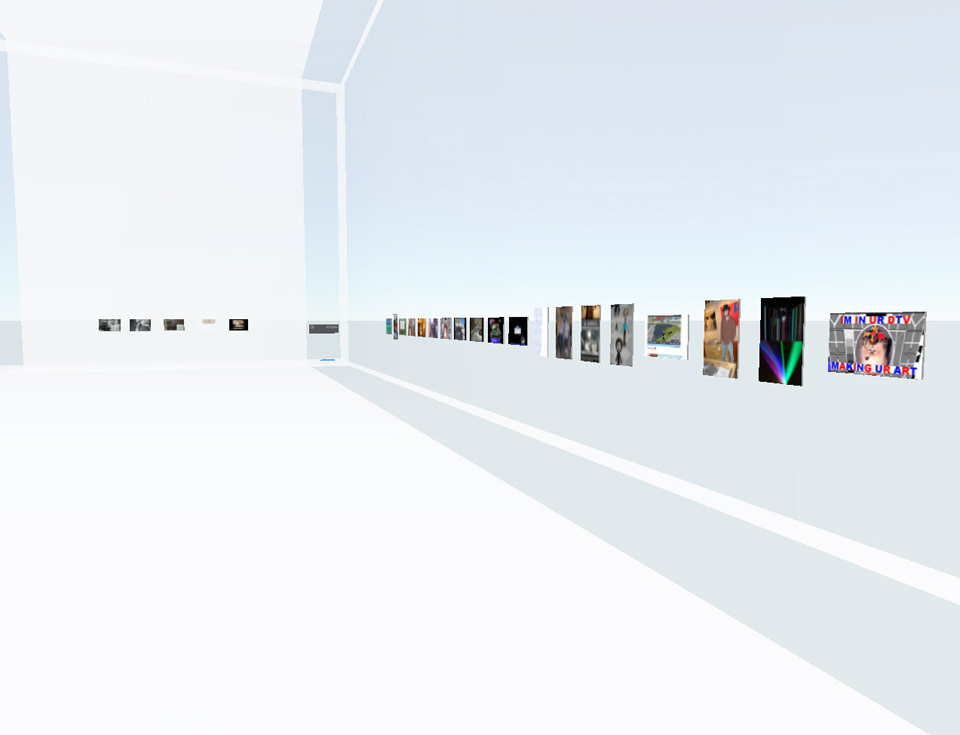 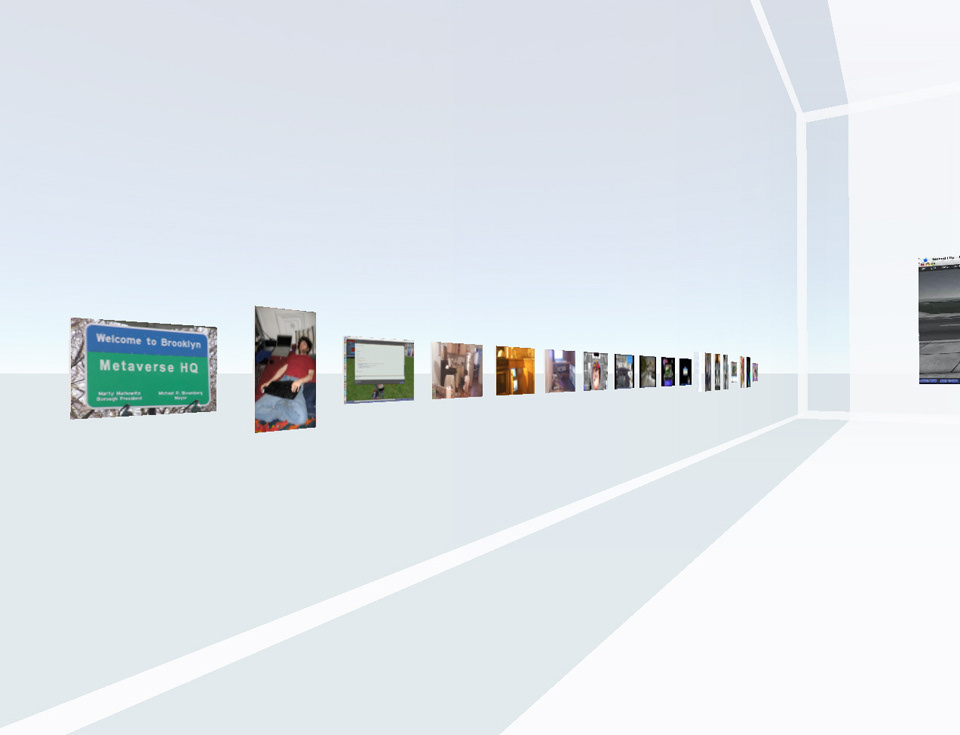 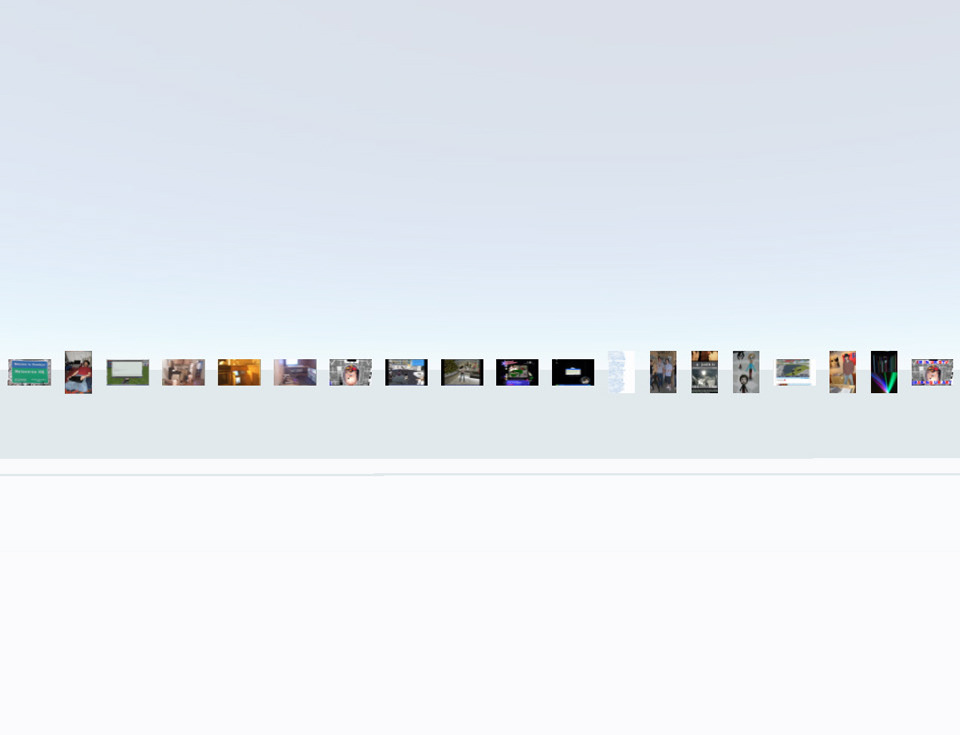 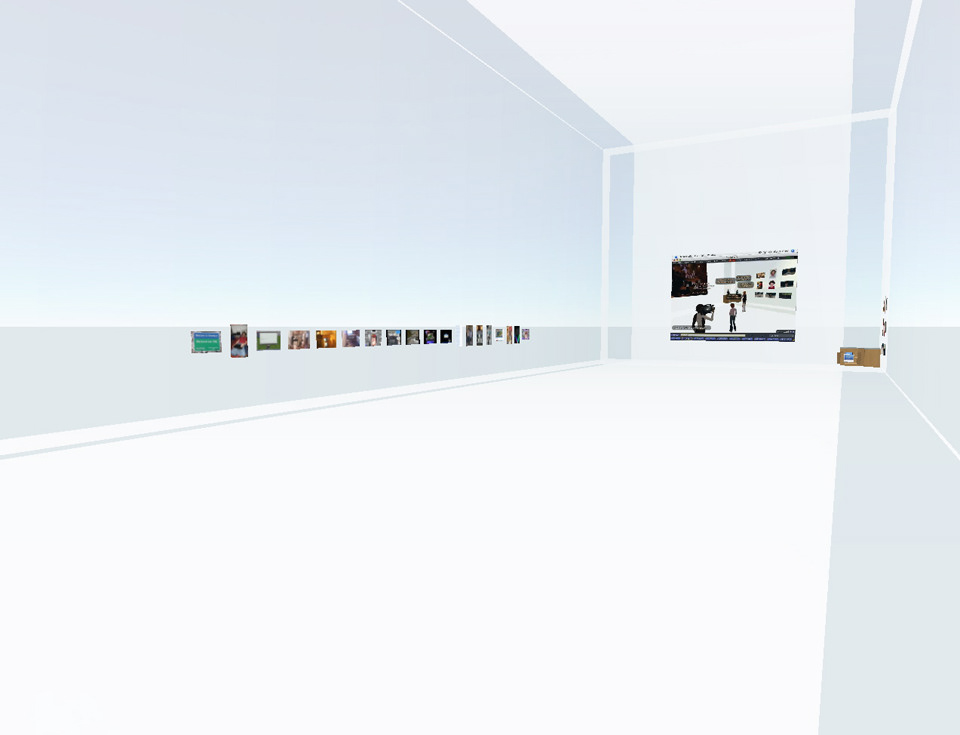 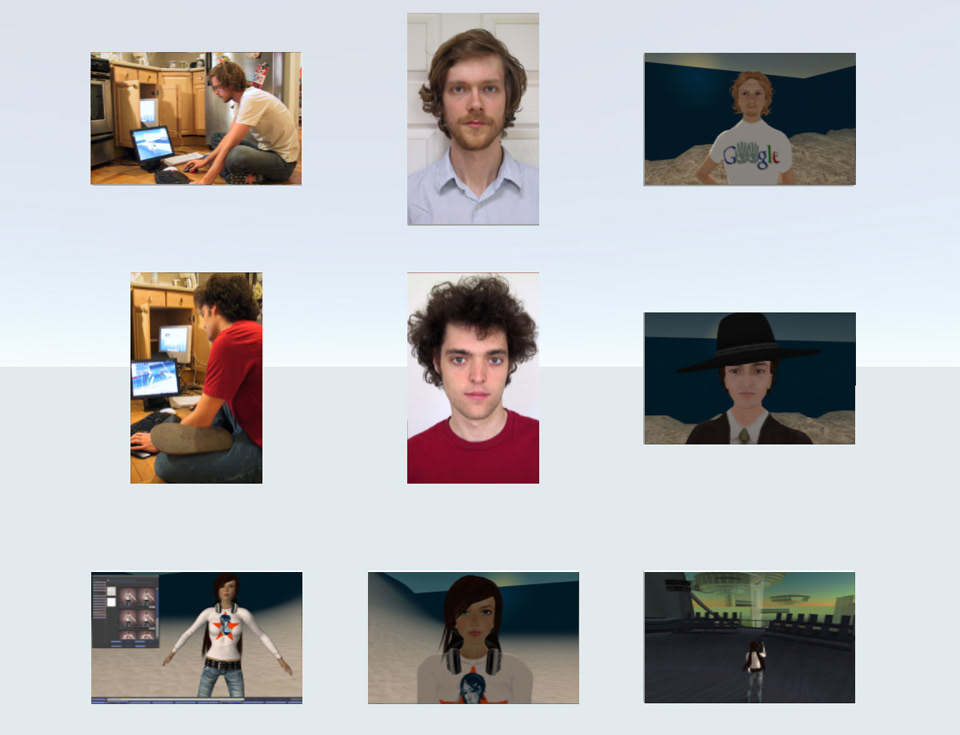 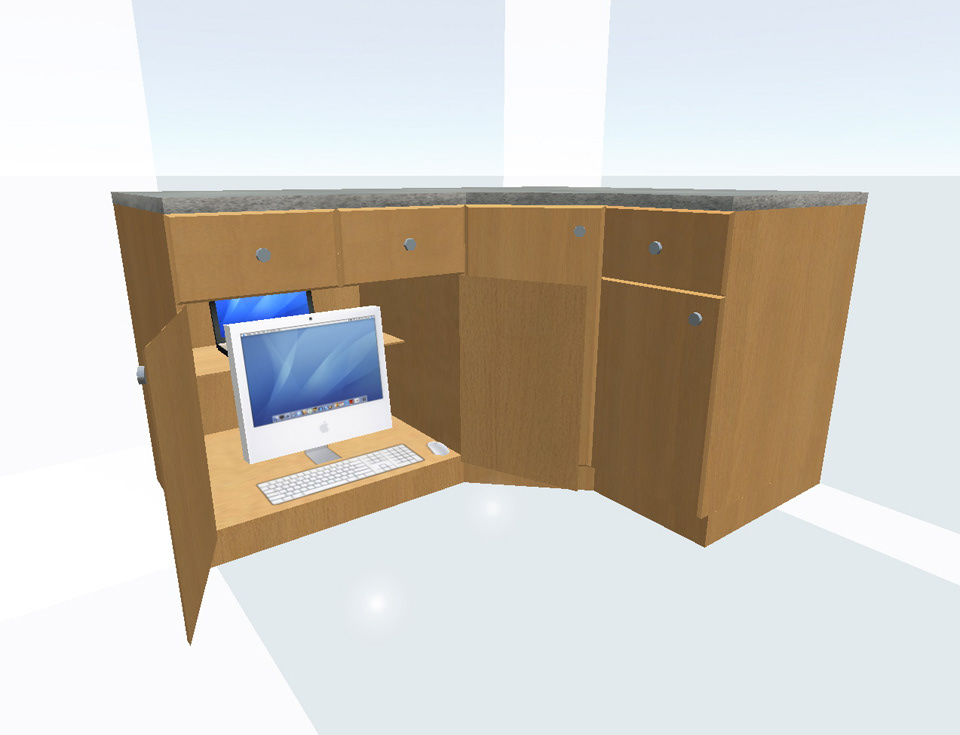 Destroy Television
A mixed reality interactive virtual installation by futurist Jerry Paffendorf and metaverse architect Christian Westbrook, curated by and in collaboration with artist Annie Ok. This exhibition occurred simultaneously in the metaverse Second Life at Art Center as well as in NYC at Fuse Gallery from May 23 - June 2, 2007.
For the 10 day duration at the Fuse Gallery installation, Annie Ok toured all over Second Life as Destroy Television, an avatar conceptualized and created by Christian and Jerry. Destroy was programmed to take a screenshot every 5 seconds and every 30 seconds, the screenshot was also sent to Destroy's Flickr along with information about where she was, who was nearby, what was being said, and how many viewers were watching via destroytv.com. Viewers of destroytv.com could not only watch along on the live stream but also chat to whomever Destroy was near in Second Life via the site.
All location SLurls, parcel names, avatar names, and chat history were automated to become Flickr tags and are searchable on her tag cloud. Shooting continuously in the virtual world for 10 days at ~17,280 shots a day resulted in 240,558 images, which were then turned into high speed time lapse videos, forming the most comprehensive documentary of Second Life to date. The low res versions of the videos can be seen on Destroy Television's YouTube.
Work in progress: an edited, slowed-down high res DVD of Destroy Television's lifelogging/lifecasting odyssey with artists' commentary.
↑Back to Top